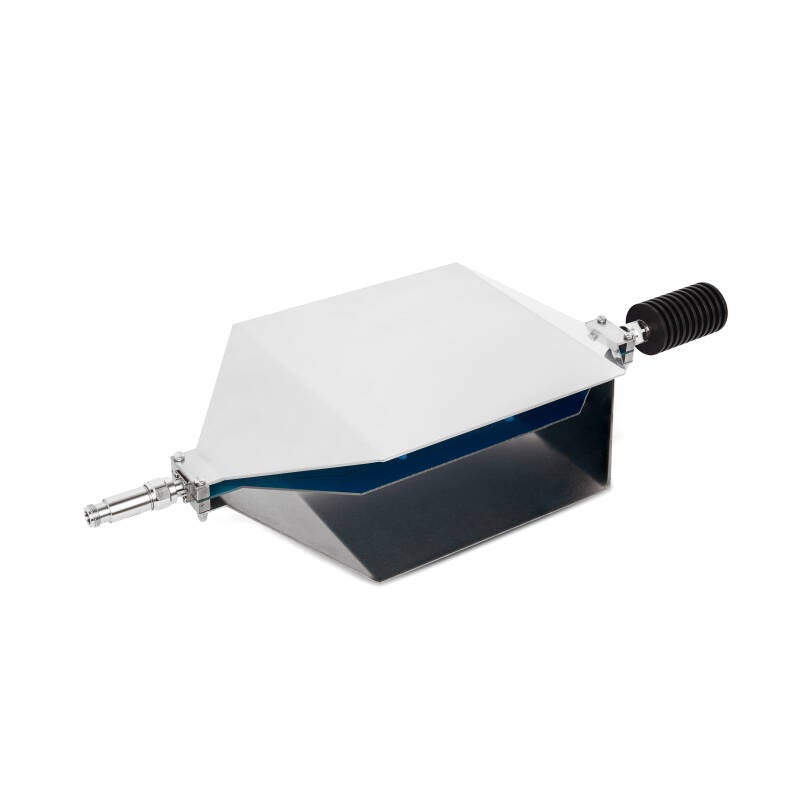 A TEM cell is a strip line device for radiated emissions and immunity
testing of electronic devices. It is not a replacement, but due to its size and cost it is a convenient alternative to measurements in an an echoic chamber.A TEM cell consists of a septum, the conductive strip in the center section and walls which are connected to ground. The geometry is designed to present a 50Ω strip line. The device under test (DUT) is placed in between the bottom wall and the septum. The TBTC1/2/3 are so called “open TEM cells”, which got no side walls for convenient placement of the DUT. It may pick up RF background noise, which however can be taken into account by doing a measurement of the cell output signal before powering on the DUT.
Tekbox open TEM cells got a better frequency response compared to standard TEM cells of similar size. TEM cells suffer from higher order wave modes which limit the usable bandwidth. A unique design feature of the Tekbox TEM cells implements resistance perpendicular to the desired propagation direction of the wave. Consequently higher order wave modes and resonances are suppressed. The device is supplied together with a 50Ω/25W RF termination and a DC block to protect the spectrum analyzer or RF receiver input