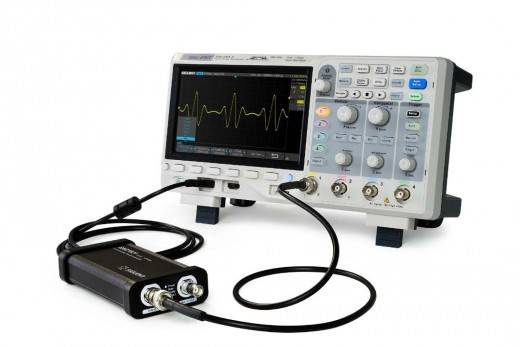 The Siglent SAG1021I  is a external Arbitrary Waveform Generator (AWG) for the SDS1000X / X-E 4 Channel oscilloscopes ,which can easily and quickly provide multiple input signals to users. The AWG provides two kinds of waveforms: the standard waveform and the Arb . the Arb single consists of two types: the system’s built-in waveforms and the stored waveforms. Built-in waveforms are stored in the internal non-volatile memory. It is includes: Common, Math , Engine, Window, Trigo. Users may also edit the arbitrary waveform by PC which has installed the EasyWave, or import the waveform by U disk that had stored edited waveform.